As I continue my research into how teachers experience learning through Personal Learning Networks (PLNs), I am spending a lot of time learning about networks, networking and network literacy. Before the internet became almost ubiquitous in the developed world, to many people the idea of networking may have meant dressing in business clothes, and attending some type of function,  making small talk and exchanging business cards. 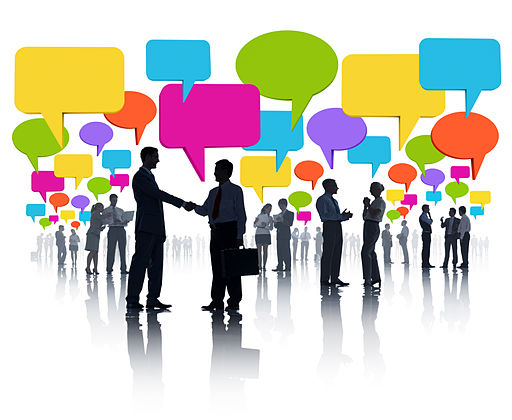 Conferences and functions such as this still occur, and certain industries still depend on having the right background and knowing the ‘right’ people. However, networking is rapidly changing, and having network literacy now means more than the ability to balance a serviette and hors d’oeuvre while also shaking hands and looking impressive. This post began as an attempt to take on the huge area of networks, networking and network literacy. However, I am realising that one blog post will not do it justice. Therefore, I have called this post Part One, and intend to continue revisiting the topic as I break it down.

As a side note, I have discovered in my travels many excellent resources and ideas about developing network literacy and understanding networks and networking, and I will be sharing these throughout the posts. I will also be collecting them together in a growing curated list.

Humans have maintained networks using language, trade and religion for centuries, and contemporary society equally depends upon supply, social and information networks.  With the evolution of the Internet and the World Wide Web, we now have access to a new type of network, which enables distribution of information and social interaction on a global scale .

For the first time in history, humans can be part of a globally interconnected group that currently includes almost half the world’s entire population. Clay Shirky, 2010.

Much of everyday life depends on this new type of network, and many of us interact with it regularly throughout our day, without even giving it a thought. However, it is important that we develop an understanding of what networks are, how they develop and what they can do. Why is it important? The image below answers this question for me:

As we continue to become connected 24/7 via mobile technology, our networks will develop and grow in importance. Rather than be passive consumers, we need to become knowledgeable so that we can leverage this to our advantage. There is too much information in existence to ‘know’ everything – we must understand how networks work, so that we can locate and access information when we need it. In addition, innovation and creativity are increasingly required to begin to mitigate the wicked problems we face today. Through networks, we may be able to bring together thinking from disparate and different areas, creating novel approaches for addressing these issues.

Therefore, as Part One of a series of posts, this post will provide my interpretation of how networks work, how they are different from communities and how effective networks are constructed. My explanation will focus on social and learning networks – networks connecting people, information and resources. This is reflective of my area of research, and of my personal experience. For an indepth scientific and mathematical treatment of networks, I would direct you to Six Degrees, by Duncan J. Watts. The introduction is very readable for anyone (even me, who is allergic to Maths) however it does get pretty heavily into equations etc.

These concepts illuminate the connectivity of networks, and demonstrate how people in networks connect and relate in order to access  resources or knowledge.  Nodes, ties, relations and their interactivity provide a guide for understanding how networks differ from communities.

The nodes or points on the learning network are also known as actors, and may be individual learners, resources, information or communities of learners. Unlike a community, in a network, actors do not need to know each other – it is the connections which are the focus.  The connections between these nodes are what forms the structure of the network, and are known as relations. Each relation describes one specific type of interaction. They may be directed (when a node gives or receives a communication) or undirected (when the communication is shared generally).

These relations between nodes, when combined, may be described as being strong or weak ties. Strong ties are typified by frequent relations which are reciprocated, and where there may be a level of self-disclosure and trust. A strong tie may be considered similar to a friendship – interactions are regular, the participating individuals like and trust each other and the relationship is based upon give and take. Strong ties may also be identified within the whole network when two connected nodes are tied to others within the same network, similar to a friendship group.  This leads to the kind of tightly-knit network that some may describe as a community.

The presence of weak ties differentiates the network from a community in its purest sense. Weak ties are incidental, serendipitous or infrequent relations, that provide diffusion, fresh contributions and a rich source of perspectives. Weak ties may be likened to acquaintances, or friends of friends – people you may occasionally see, and interact with, but that you don’t know well.

Weak ties may link clusters of otherwise unrelated networks, acting as a “bridge”, and introducing a new channel for information. A bridge may be thought of as the new partner at a family gathering – they are the connector between two previously unrelated family groups.  The wide range of actors, and the ability to support both strong and weak ties are key features of the network typology.

It is this combination of weak and strong ties that make networks so powerful. The strong ties in the network provide security and stability – an atmosphere where individuals feel safe to take risks and to ask questions, while the weak ties may inject new and innovative ways of seeing and doing things. The weak ties are what help prevent networks from becoming inwardly focused, and limited by groupthink. Of course, this is perfect world stuff – one person’s network may consist purely of people who think the same way as they do – and this is particularly so if the network has been actively cultivated by the individual, to meet a particular purpose. It is important to understand the concept of strong and weak ties, and the value that they bring in combination, so that the network truly delivers a balance of support and challenge. The concept of homophily, or the tendency for humans to be drawn to similar others is a well known consideration in social network studies. While there are definite advantages in connecting with like-minded individuals, it is necessary to always consider the outlier – the one that might bring in a different way of viewing things.

It is not uncommon for individuals to participate within a number of different networks, which may or may not be linked, and for learning to occur within, across and beyond the boundaries of any particular network. Within networks there is an emphasis on the individual, who creates and navigates networks to meet their own egocentric needs:

There are huge societal changes that are pushing and pulling us towards networked individualism: Lee Rainie, the director of internet, science and technology research at Pew Research Center suggests that some of these changes include

6. Rise of free agency and freelancing

8. Rise of DIY politics and religion

From this list, it is easy to see how networks, and the capacity to connect and be connected is influencing almost every aspect of our lives – and that being aware of how to effectively manage networks might be a vitally important skill. This leads me to the concept of Network Literacy; the subject of my second post in this series, which will be coming to a screen near you, via one of your networks, very soon! Stay tuned :).

In the meantime, I’d love to hear if this blog has been useful and informative – let me know in the comments!